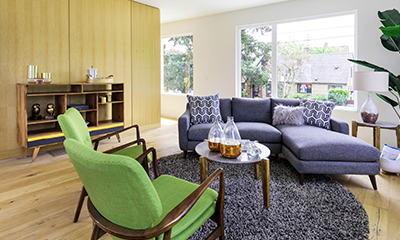 You can also create and save a custom home search by clicking the "Save this Search" button and register for a free account. A custom search will allow you to receive email alerts when new Mid Century Modern listings hit the market.

Search All Mid-Century Homes by Price

KnoxRE.com is updated every 15 minutes by a direct feed from the local Dallas-Fort Worth MLS which will give a visitor desired information for Mid Century Modern real estate like property images; days on the market; subdivision information; feeder school information; HOA dues; frequency of the HOA dues; estimated county taxes and more. If you see a property displayed, it means the home is still available for purchase. Our site only displays currently active Mid Century Modern homes. If a listing goes under contract, it is removed from the listing display for ease of use and navigation for visitors.

To view more homes, see the alphabetical list of subdivisions in the area below. Click on any of the listed subdivisions below to visit that neighborhood's page. If you would like to view all real estate listings, click on the link at the top of the page.

When we consider the style of something, we all describe it differently. Style has several meanings, some of which are perceptive in nature. We think about certain styles of homes, for example, in relation to our part of the country, our lifestyle or our taste in architecture. If you asked three people what mid-century modern homes were like, one would answer “the Beaver Cleaver homes of the 50s”, one would answer “A-frame houses”, and the other would answer “the Brady Bunch or the Partridge Family houses”. They would all be right and then some. This particular style embraced openness, closeness to nature, acute angles, lots (and lots) of glass, natural materials and more.

It’s an odd thing to say but because of WWII, Nazi Germany gave America a few gifts. One of them was running off some of their greatest architects: Walter Gropius, Mies van der Rohe, and Marcel Breuer. Other notable European architects included Austrians Rudolph Schindler and Richard Neutra as well as  Swiss-born William Lescaze. Naturally, these eminent professionals brought with them an international flavor that began to show up in home designs all across the country. Frank Lloyd Wright taught many of them, and the others taught at Harvard and Chicago.

What makes them mid-century modern is the perception. Shape, angles, and windows combined to give such a house an aura of room to grow.  Soldiers were coming home. They picked their lives back up, had families, took up a trade and sought healthy happy lives. The perception manifested in large open floor plans. Windows graced every wall of the house, often floor-to-ceiling in size. Slanting roofs covered rooms leading out to a carport. Often parts of the house were cantilevered over other parts. Ceilings were left bare to show the ceiling timbers, wood support beams became a thing of beauty, and natural stone fireplaces and hardwood floors became “the” thing. Built-ins made the best use of available space.

Mid-century modern homes came in different interpretations. European designers brought the international design to America. It encompassed flat roofs, metal windows (often casement windows) and absolutely no ornamentation. The look was clean lines, openness and no carving on doors, windows or eaves. Contemporary, on the other hand, embraced the same clean lines. They were defined by windows, wood, brick and natural stone. Innovations in sloping roof lines, recessed parts of the structure and steps leading up to verandas wrapping around the house defined the contemporary mid-century modern housing. Organic houses were interpreted by some designers to be superior to geometrical shapes, bricks, and stone. These houses were often cantilevered over cliffs and naturally occurring rock formations, rivers, and other waterscapes. They featured less stringent lines and were sometimes round. A-frame houses became popular about this time, with rooflines extending from midway to all the way to the ground. Glass put the inhabitants closer to the nature surrounding them than the other styles of houses.

Here we would like to introduce Joseph Eichler, a greengrocer with a better idea. He’d seen one of Frank Lloyd Wright’s new “Usonian” (for United States of North America) homes; he decided they were a good idea, so he began to produce them. These “Eichlers” featured multiple methods of bringing the outside in while being affordable for the average American. This guy didn’t mess around bringing the outside in; you step outside your new “Eichler” right into the pool or onto the garden-surrounded patio. His designs are just now being rediscovered and reproduced across the country.

Each decade has given us something to celebrate. In the 50s, it was the end of the war and burgeoning prosperity. The mid-century modern home was wide open with space to pack in books, the new music coming out of Memphis, the new televisions and so much more. Times were good. New dances were practiced on the hardwood floors of every room in the house, it seemed because the rooms were so open and big.

The 60s brought us even more exciting new music. Television morphed into the comedy variety hour; soap operas came off the radio and took up residence on the new nine-inch screens; our national leaders now had faces instead of just their voices on a radio. Unrest was brewing abroad, and the country prepared for unpleasantness. We gathered on porches and in yards to discuss it with neighbors and friends while watching out for the children through all that glass.

We surely don’t have enough room to reminisce about the 70s here. Music, books, movies, television, cars, clothes (remember polyester leisure suits?), rapid transit and so much more bombarded our consciousness. Every place we turned was something new, something fast or something loud. Those open floor plans hosted parties for more than just birthdays. New businesses, new friends and sometimes parties for no reason at all occurred both outside and in simultaneously. For about 30 years, hope and the security of prosperity hung like an aura over mid-century modern homes.

Here is where the term mid-century modern generally ends. Most put it in 1975 or 1980. Other types of architecture, innovations in materials, colors and styles take us into the next chapter. The lifestyle of mid-century is being actively sought today by those wanting those open spaces again, by those wanting original natural materials, angles, glass, and sloping roof lines.